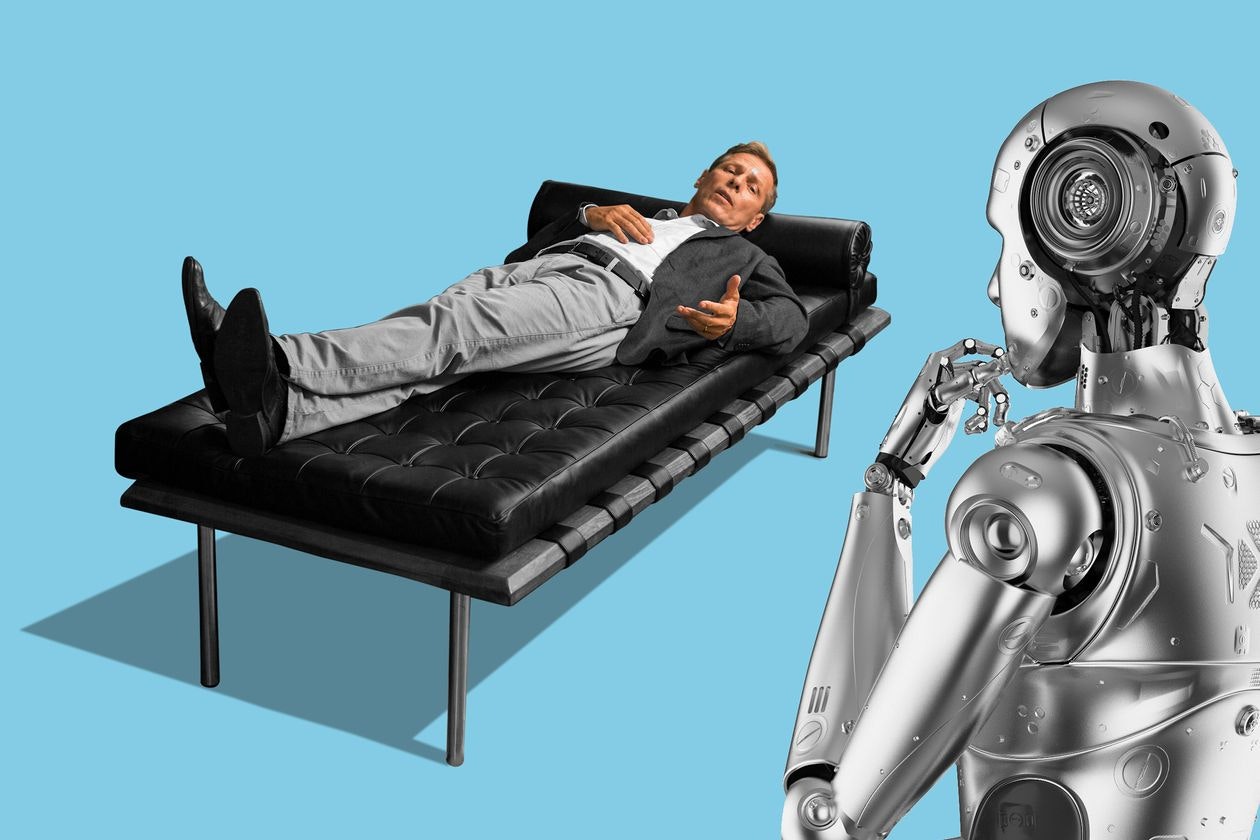 Would a self-driving cargo ship have gotten stuck in the Suez Canal?

At Hold The Code, we're fascinated by the way artificial intelligence is being used to solve some of our most complicated problems. In this newsletter, we explore AI applications within the realms of health, finance, and society at large. We hope you enjoy this edition — and we'll be back with more next week. Without further ado...

There has always been a shortage of mental health professionals (and since the COVID-19 pandemic, the need for their support is more than ever), but could this need be satisfied by AI technology?

Could AI replace your therapist?

Recently, websites, social media platforms, and smartphone applications have been increasingly dispensing mental health advice, often leveraging AI to identify individuals at a high risk of mental illness, define mental illnesses, or ensure the quality of care for those being treated for a mental illness. These algorithms work by consuming large amounts of data gathered from social media, smartphones, electronic health records, and other sources to identify patterns that may indicate that someone may need additional mental health support.

Despite this, these algorithms have caused some major concerns, especially regarding accuracy, biases, or bad advice. Additionally, there are major privacy concerns surrounding private information being shared with unintended parties.

Read what they had to say here.

Blockchain technology has had a major boom in the past few years, with cryptocurrencies (such as Bitcoin and Ethereum) seeing massive increases in both economic value and general popularity. However, these technologies are insanely computationally expensive, and their impact on the environment could be quite detrimental.

A bit of background

If you’re feeling a bit lost, here are a few key terms to know:

A bit from the experts

Tech magnates Jack Dorsey and Elon Musk have been huge proponents of cryptocurrencies, with Dorsey recently selling an NFT of his first-ever tweet for $2.5 million. However, Bill Gates seems to have some reservations surrounding the environmental impact of Bitcoin and similar technologies, saying “Bitcoin uses more electricity per transaction than any other method known to mankind, and so it’s not a great climate thing.”

A bit of controversy

Estimates of Bitcoin’s carbon footprint vary, but all of them are shockingly high. Alex DeVries, creator of the “Bitcoin Energy Consumption Index,” has equated its energy to that of the entire nation of Chile. Other studies have argued that the environmental impact of cryptocurrencies is overstated. It is also worth noting that there are ways to reduce the consumption of blockchains (like powering computing centers with renewable or more eco-friendly energy sources). Ultimately, whatever estimate you use to tabulate the environmental impact of cryptocurrencies, the cost is still extremely high and constantly growing.

VC Firms Have Long Backed AI. Now, They Are Using It.

AI’s ability to recognize patterns in data and predict outcomes have raised hopes that it can play an integral role in decision-making. Similar bets are now being made on the technology’s applicability to the venture capital field.

According to Garter analyst, Alastair Woolcock, AI models, and simulations will:

Correlation Ventures, a San-Francisco-based firm, is already employing AI. They currently use a machine-learning tool that reviews information extracted from pitch decks and other information submitted by startups. The information is fed into an algorithm trained on data from more than 100,000 venture financing rounds; the algorithm identifies how factors such as team experience or board composition correlate with future investor returns. The system then generates a score for the subject, which is intended to speed up the investment process.

The predictive capabilities of AI, coupled with the technology’s ability to parse large amounts of data, have made many firms optimistic about the future prospects of using AI. In fact, according to a recent Garter Inc. forecast, “AI will be involved in 75% of venture capital decisions by 2025, up from less than 5% today.

Weekly Feature: AI Should Augment Human Intelligence, Not Replace It

In a recently published piece in the Harvard Business Review, David De Cremer and Garry Kasparov challenge the commonly held belief that smart machines will truly replace human workers. Though they don’t deny that in some industries—like manufacturing, service-delivery, and recruitment—intelligent systems have altered labor markets and changed hiring needs, they ultimately contend humans and machines are not in competition with each other. In fact, Cremer and Kasparov envision a future where human intelligence is complemented by artificial intelligence, not outsourced by it.

According to Cremer and Kasparov, smart machines and humans have different intellectual strengths. They write that “AI-based machines are fast, more accurate, and consistently rational, but they aren’t intuitive, emotional or culturally sensitive. And, “it’s exactly these abilities that humans possess which make us effective.”

The third type of intelligence: augmented

The enhancing, collaborative potential Cremer and Kasparov envision stands in stark contrast to the zero-sum predictions of what AI will do to our society and organizations. They believe that “greater productivity and the automation of  cognitively routine work is a boon, not a threat.”